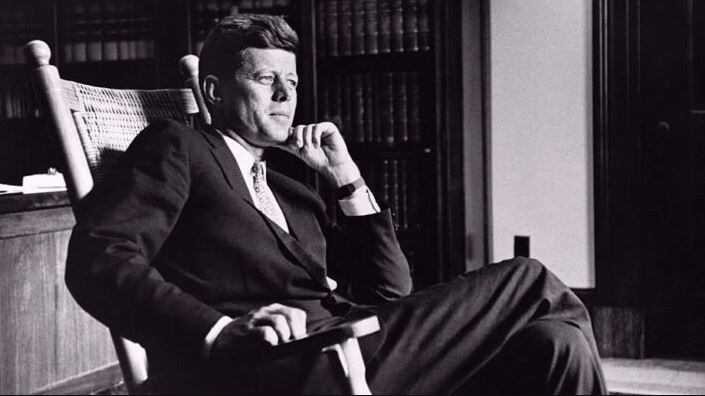 «Our problems are man-made, and they are solved by man.»

John F. Kennedy was born into an Irish-Catholic family in Boston that was wealthy and well-connected in politics. With access to top private schools, yachts, personal staff, and summer residences, he and his eight siblings had a privileged childhood. «Jack» Kennedy suffered from a number of major illnesses during his childhood and adolescence. Despite this, he worked hard to forge his own path, penning a best-selling book while still a student at Harvard University and volunteering for dangerous combat service in the Pacific during World War II, among other achievements. Kennedy was hailed as a hero for his actions during World War II. Following a brief spell as a journalist, Kennedy joined politics, serving in the United States House of Representatives from 1947 to 1953 and the United States Senate from 1953 to 1961.

He was really interested in football while studying, but he had to give up sports owing to a back problem that bothered him for the rest of his life.

Kennedy was the youngest person ever elected president of the United States, and he was also the first Roman Catholic to hold the position. For many observers, his presidency came to symbolize the ascendance of young idealism in the aftermath of World War II. He was assassinated at the conclusion of his third year in office, therefore the potential of this dynamic and telegenic leader was never realized. Countless Americans can recall precisely where they were when they learned that President Kennedy had been murdered; for many, the public assassination of President Kennedy represents one of the most painful days in their lives. A period of political and social turmoil erupted in the nation and around the globe as a result of his horrific demise.