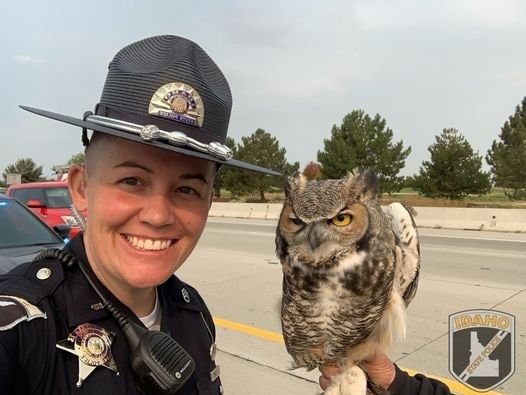 Not all heroes wear capes.

Idaho is home to over a dozen owl species, including the Great Horned Owl, which may be found throughout the state.

The raptors are easily distinguished by their large tufts of feathers that mimic ears on their heads.

They can be found all across the state, although they are seldom seen in the middle of a major interstate highway.

The Idaho State Police (ISP) received many reports from worried drivers on Interstate 84 in Nampa concerning a Great Horned Owl that had been entangled in plastic. 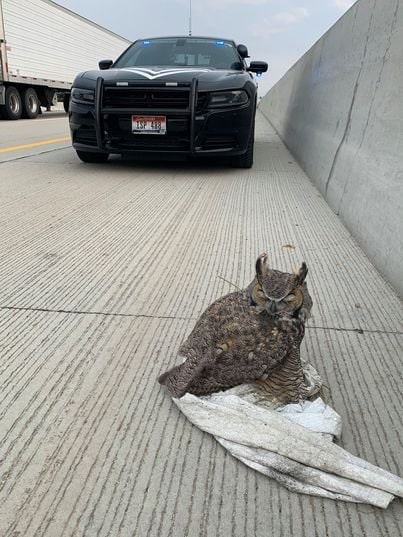 Animals in Distress, a wildlife rescue organization, was asked for assistance, and Sgt. Brandalyn Crapo was sent to the location.

It was reported that the owl had been on the highway for quite some time. «Traffic is extremely heavy on that stretch of freeway,» stated ISP.

Upon arriving on the scene, Sgt. Crapo saw an owl in the median and used her police cruiser to stop oncoming traffic.

Following her escape from danger, the owl waited for the arrival of a volunteer from the wildlife rescue organization.

The volunteer came within minutes, and the two of them worked together to rescue the owl. 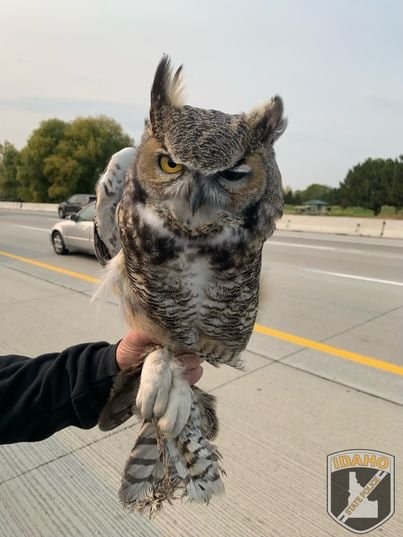 Before releasing her, they gave her a quick once-over to make sure she wasn’t wounded in any way.

But, before taking to the skies, Sgt. Crapo posed for a picture with the owl who had been rescued.

The volunteer then moved the owl away from the busy road and allowed her to continue her journey.

ISP expressed gratitude to the community for notifying them of the owl’s situation, as well as to Animals in Distress for their assistance.

«Not everyone who need assistance on our highways drives a vehicle. The people of ISP are delighted to assist anybody who needs help in returning home safely,» the police department stated in a statement.