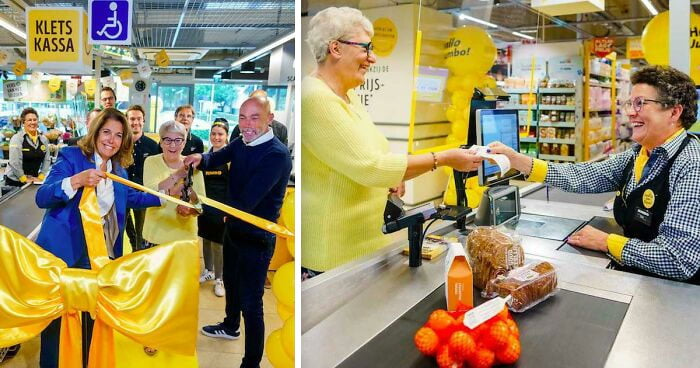 Due to the success of its first chat checkout, the Dutch supermarket chain aims to expand its footprint by opening hundreds of additional locations.

‘Kletskassas,’ which loosely translates as «chat checkouts,» are being introduced by Jumbo, an international grocery business with headquarters in the Netherlands. In contrast to conventional checkouts, the special checkouts will be slower and more tailored toward senior people in order to reduce loneliness among them. The Netherlands is home to an estimated 1.3 million senior persons (those who are over the age of 75), and loneliness among the elderly is becoming an increasing source of worry for the government. A consequence of the government’s «One Against Loneliness» campaign, which aims to mobilize organizations, communities, businesses, and people to discover solutions to loneliness among older residents, the chat checkouts have been implemented. According to Good News Network, the first Kletskassa opened its doors in the town of Vlijmen in the province of Brabant in the summer of 2019. 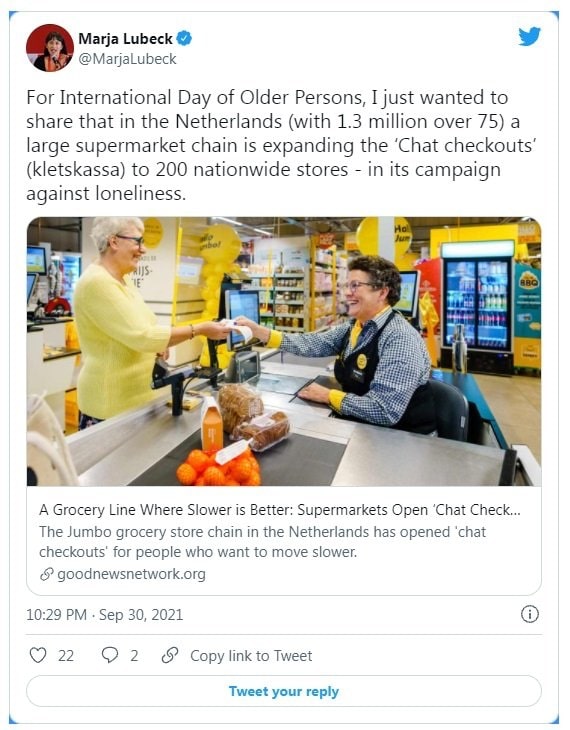 According to Colette Cloosterman-van Eerd, CCO of Jumbo and the driving force behind the National Coalition against Loneliness, «Many individuals, particularly the elderly, experience feelings of loneliness from time to time. In our role as a family company and grocery chain, we are at the center of our community.» Because our shops serve as key gathering places for many individuals, it is crucial to us that we contribute to the identification and reduction of loneliness. We do this in a variety of ways, including via our Kletskassas. We are pleased to see that many of our cashiers choose to take a seat behind a Kletskassa machine. They support the idea and wish to assist individuals in making true contact with them since they are really interested in them. It is a simple gesture, but one that is quite significant, particularly in a society that is digitizing and becoming more and more fast.» 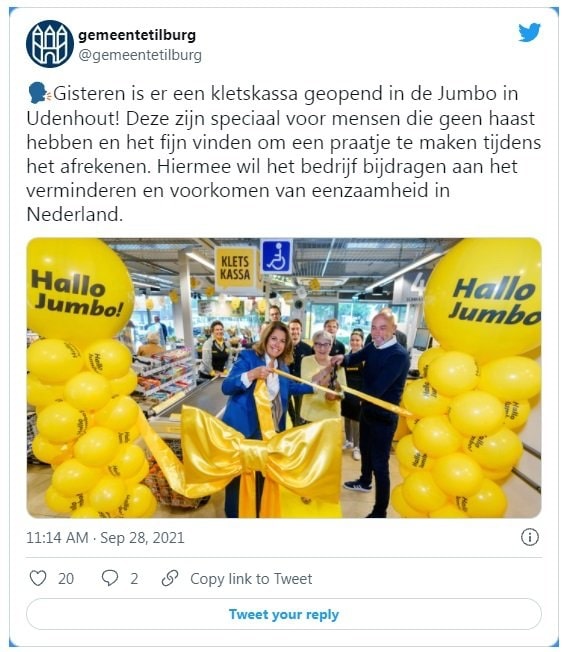 Following the success of its first Kletskassa, the grocery chain is spreading the initiative to 200 locations around the nation. The outlets are chosen after a comprehensive vetting process to guarantee that Jumbo successfully addresses the regions most in need. By this time next year, the campaign is planned to have reached 200 shops. In addition to chat checkouts, Jumbo has implemented a variety of different methods to prevent loneliness across its locations. Cloosterman-van Eerd explained, «At Jumbo, we aspire to be more than simply a shopping destination. For example, several establishments also include a conversation zone where customers may take a cup of coffee and socialize with their neighbors.» 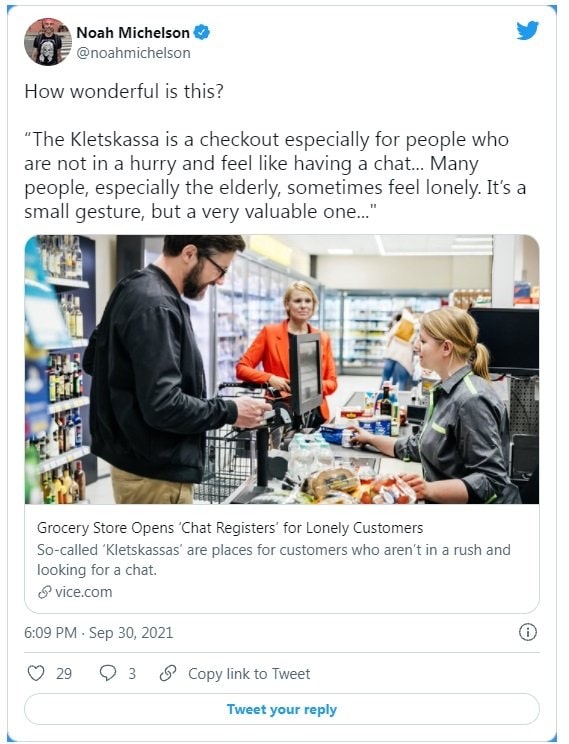 In the Netherlands, the Ministry of Health, Welfare, and Sport has funded local anti-loneliness coalitions in each of the country’s 355 municipalities. With the Ministry’s assistance, these coalitions implement initiatives like home visits, phone hotlines, and the creation of maps listing activities available to seniors in specific locations. Several countries throughout the globe, including the Netherlands, have highlighted loneliness among elderly people as a severe problem. Perhaps other state governments can learn from the Dutch government. 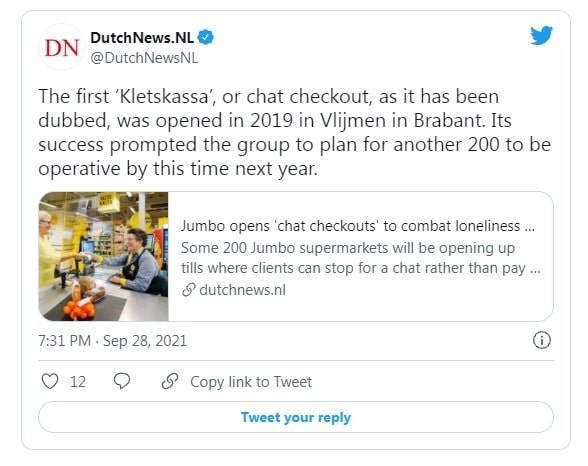