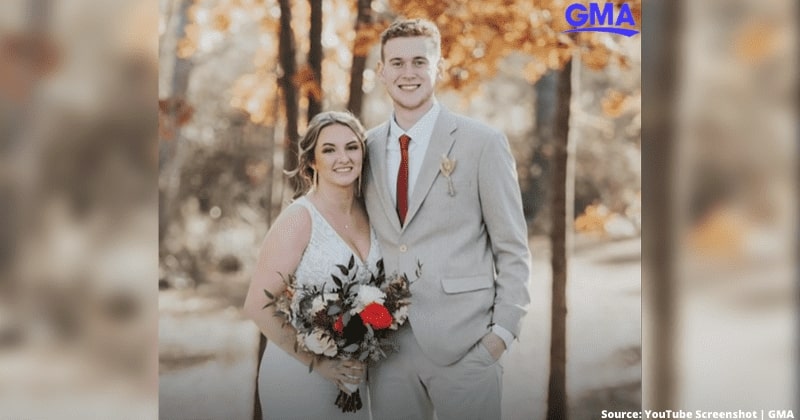 When a bride and groom were exchanging their wedding vows in November, she surprised her husband with the most romantic wedding surprise. Kelsey Kulick’s considerate present is said to have brought tears to the eyes of her husband, Michael, and his parents. Kulick discreetly studied how to speak the vows in American Sign Language in order for her husband’s deaf parents, Paul and Gina, to be able to understand them without any help from others.

The heartwarming scene happened on November 13 at the Gore Creek Wedding Venue in Boaz, Alabama, and has since gone viral on social media platforms. ‘This viral video features myself and my wonderful hubby on one of our most ideal days! I’m so grateful that this precious moment was caught.’

In the video, Michael can be seen being completely taken aback by his fiancée’s behavior as she begins to construct words with her hands in the background. After discovering that his wife had gone to such great lengths to make the moment even more meaningful and inclusive for his parents and other relatives who are hard of hearing, he breaks down in tears as she delivers her vows. 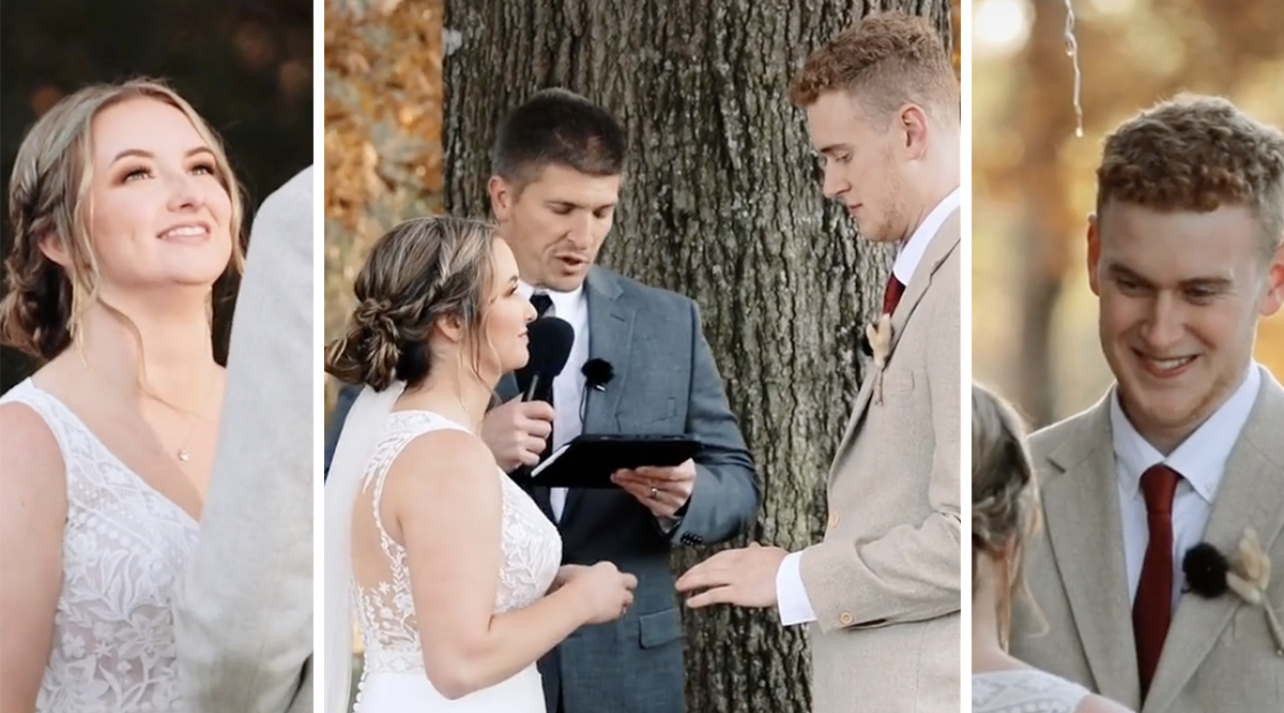 According to Kelsey, signing her married vows in front of her partner’s parents was something she had planned to do ever before she became engaged to Michael. She was, however, concerned about maybe messing up and upsetting them by signing anything incorrectly. Her boyfriend, on the other hand, assured her that they would adore her gesture.

Having said that, Kelsey only discussed the topic with her husband and never mentioned it again. Michael eventually forgot about it, but Kelsey reminded him as they stood at the altar 11 months later. According to accounts, she got the assistance of Michael’s Aunt Christy, who is supposedly proficient in sign language and has a deaf spouse.

The bride requested that Christy record the movements so that she could memorize them by repeating the hand moves whenever she had the opportunity. Kelsey was able to keep her romantic vows hidden from everyone except Christy, cameraman Chandler Smith, and pastor Harvey. Smith was able to record the tear-filled reaction during the happy moment before it was uploaded online.

You may watch the video below:

News 0
On Thursday, a 14-year-old kid died after tragically falling from an amusement park ride