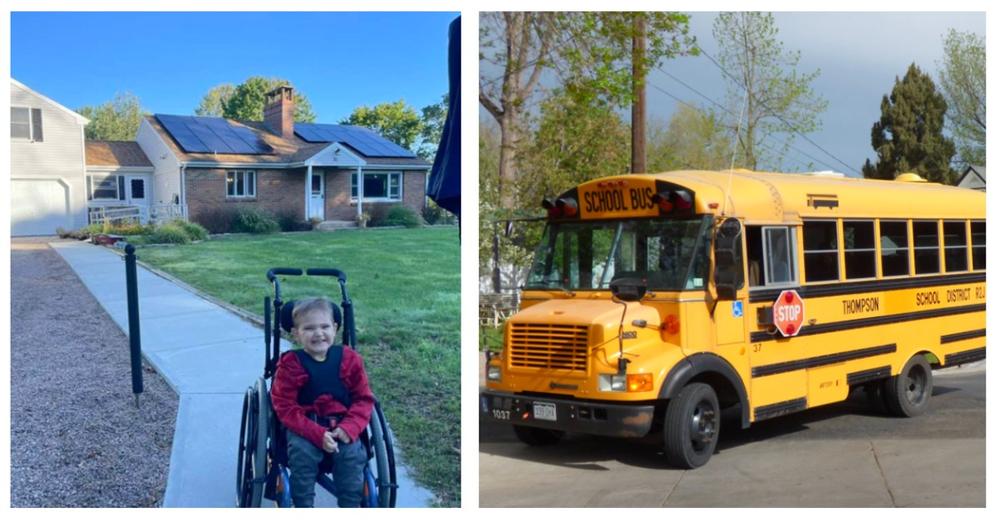 Here in the United States, public transportation is not very well developed. Many people with impairments have it much worse. Fortunately, the inventiveness of a few thoughtful individuals may have just addressed a problem — at least for one young man. During the weekdays when he attends school, he walks outside to wait for the school bus. Afterwards, once his parents have taken him outside, the bus will pick him up at the foot of the sidewalk and transport him to Dunn’S Corners Elementary School. The fact that Ryder is unable to walk adds to the complexity of the situation.

Because the home is around 75 feet distant from the driveway, Ryder was forced to step outside before the bus arrived, or he would miss the bus.

His parents came up with the simple solution of just arriving earlier than usual. Ryder, on the other hand, is plainly unable to stay inside until they see the bus approaching down the street and then rush out, which is clearly not an option for most children. 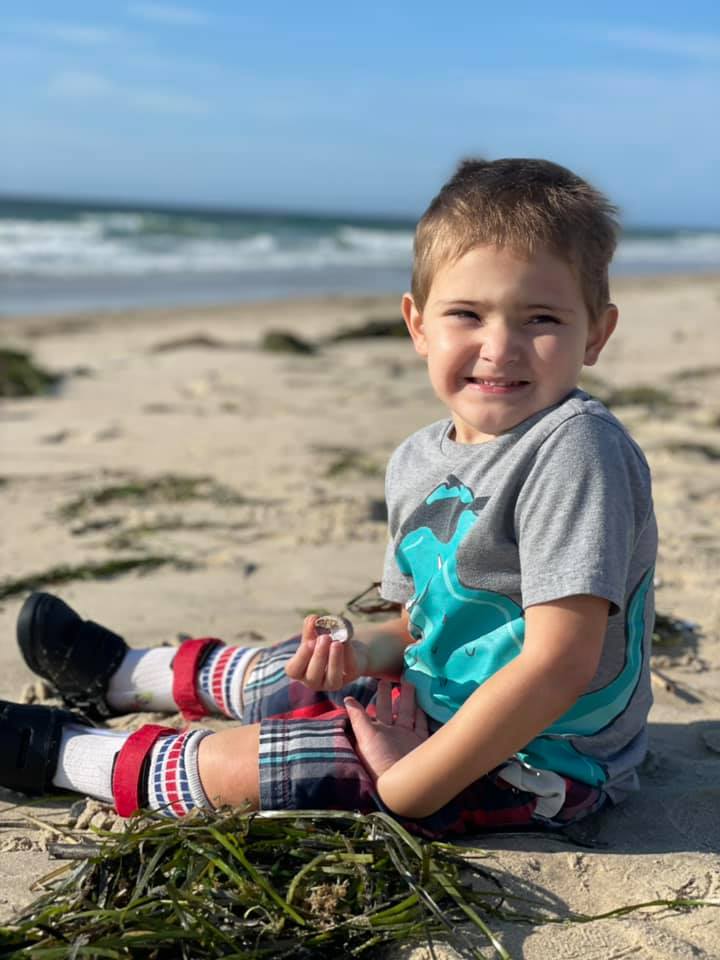 As a consequence, Ryder is always outdoors at the foot of the driveway, no matter how bad the weather is outside. Ryder is outdoors, rain or shine! His parents did all they could to make him feel at ease, including putting out a patio umbrella to keep the rain off. Even still, it wasn’t a perfect solution, and even the slightest breeze was enough to blow the umbrella away.

Ryder’s parents sent out a Facebook request for help, hoping to find a better alternative.

It didn’t get much attention until it was taken up by an unusual group: the Construction Technology class at Westerly High School. When the class’s instructor, Dan McKenna, read the post, he realized it was a fantastic chance for the students to practice their talents while also being helpful. 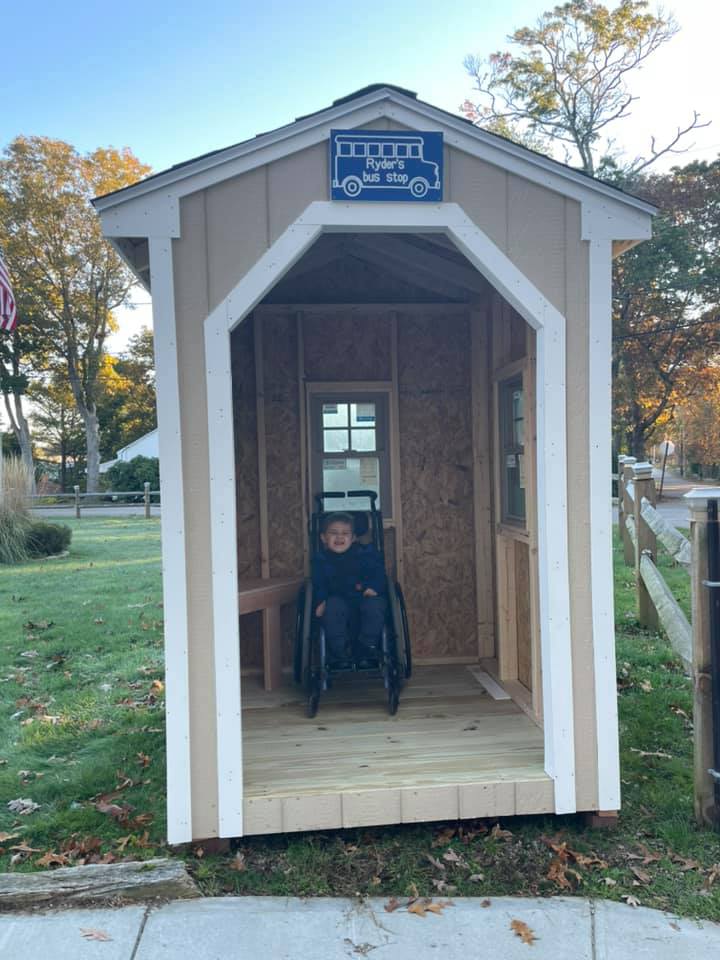 McKena responded right away and put his students to begin making their own ‘bus house’ for Ryder! McKena said, ‘I guess my first email was, sure, we’re in.  We’ve worked on various projects in the past. I believe it is important for my students to learn not just about building but also about being active in the community and interacting with people outside of the classroom.’

The Kilam family purchased the remainder of the wood after Home Depot donated about $300. After purchasing the materials, it was time to get to work! The finished structure was ADA accessible  and ideal for any weather!
Ryder was so impressed with the hut that he spent EXTRA time there!

‘He loves it,» Kilam said. ‘He really has us stay out here after school and hang out.’

It wasn’t simply a project for the students; it was a chance for them to demonstrate their love and caring to a little boy who was in need. Ryder will, without a doubt, look up to those «cool high schoolers» for the rest of his life. 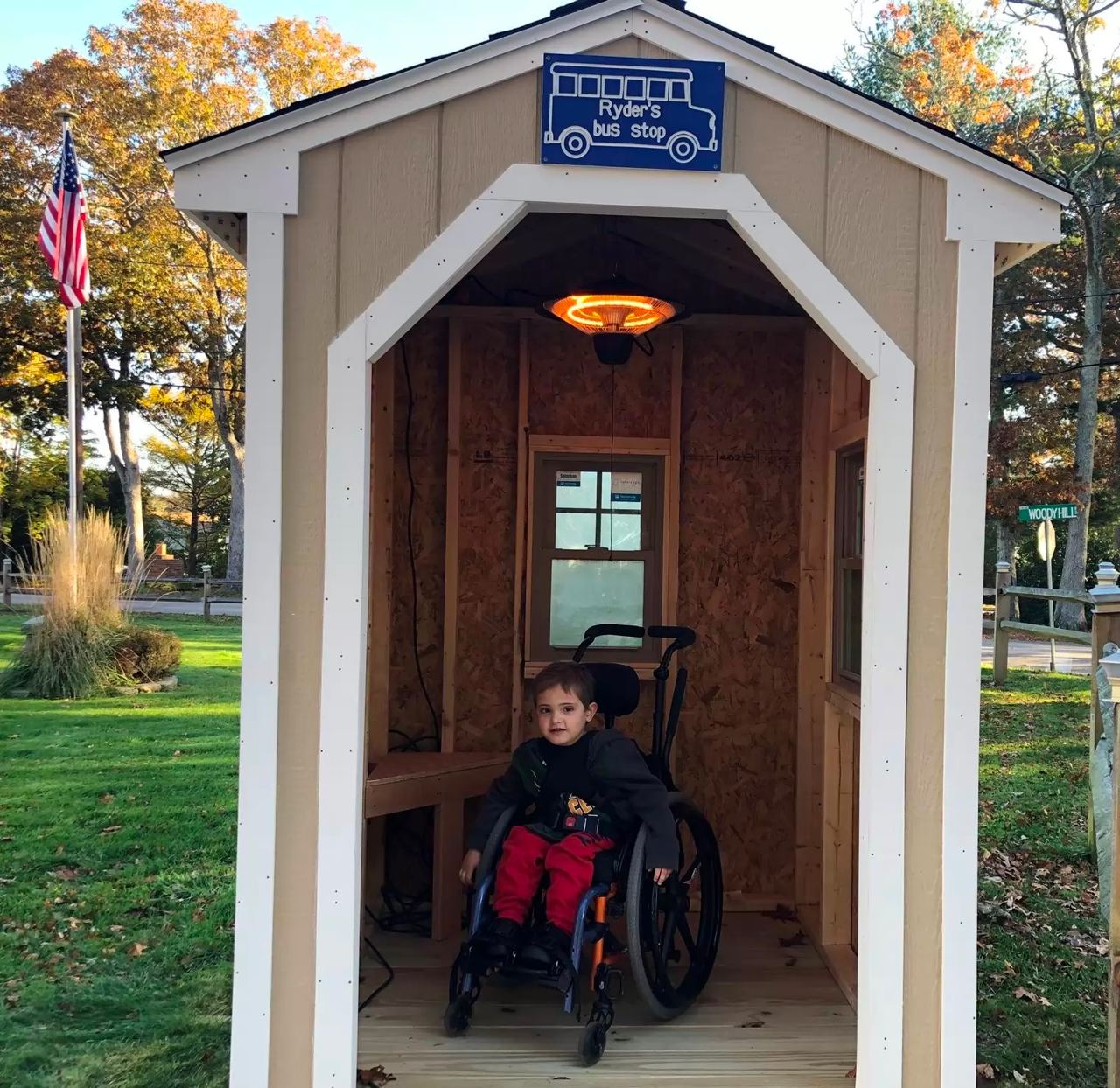