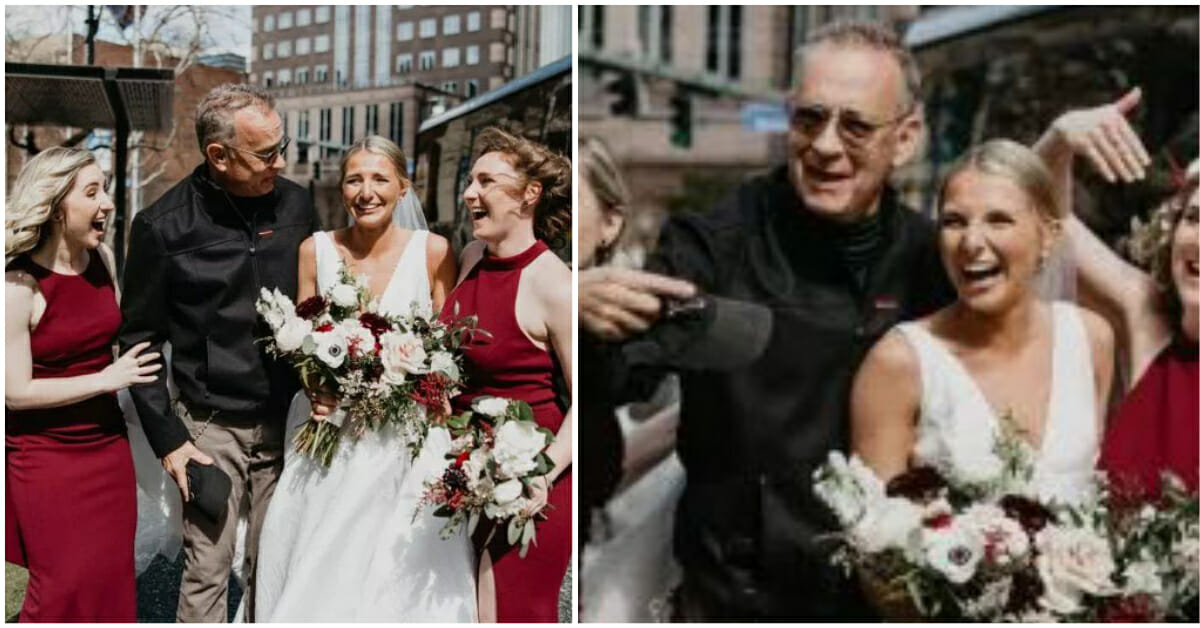 There’s nothing quite like a collection of beautiful wedding photographs to help you remember your big day for a lifetime. Someone “photobombing” your ideal photograph and destroying the moment is the very last thing you want to happen.

However, on one bride’s special day, a major figure made a surprise appearance, which resulted in a surprise she’ll remember forever.

According to WTAE, the bride, Grace Gwaltney of Pittsburgh, had just walked out of her hotel with her bridesmaids and was going to board a limo to transport them to the wedding ceremony.

However, to her amazement, a complete stranger approached her and asked if he may take a picture with her. Once Grace realized the stranger’s voice was familiar to her, she turned around to see Tom Hanks, the actor who played Forrest Gump!

‘Hey! “Hello, my name is Tom Hanks,’ the two-time Oscar winner introduced himself. ‘Can I take a picture with the bride?’
Of course, the bride was overjoyed to learn that the celebrity wanted to pose for a picture with her. Tom Hanks played Woody in the Toy Story films, and she, like everyone else, grew up watching him as a part of so many treasured films.

Grace was affected when the actor allegedly described the bride as ‘lovely’, according to reports. WTAE quoted Grace as saying, ‘It’s his voice. You see him, and then he begins speaking… he was whispering in my ear, and I couldn’t help but think of Toy Story at the time.’ 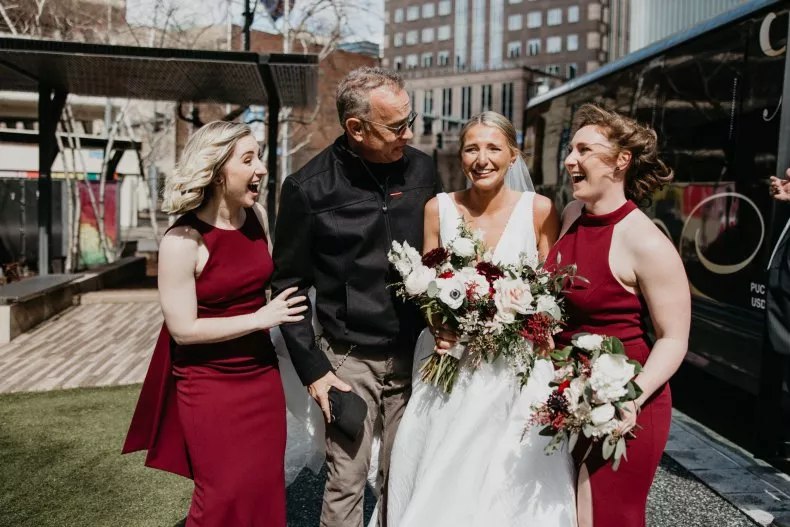 Wedding photographer Rachel Rowland told Newsweek, ‘He found me and asked me to take a shot with the bride and then shouted for all of the bridesmaids to come off the limo for the photo.  He was precisely who you’d expect him to be: happy, hilarious, loud, and generous.’ 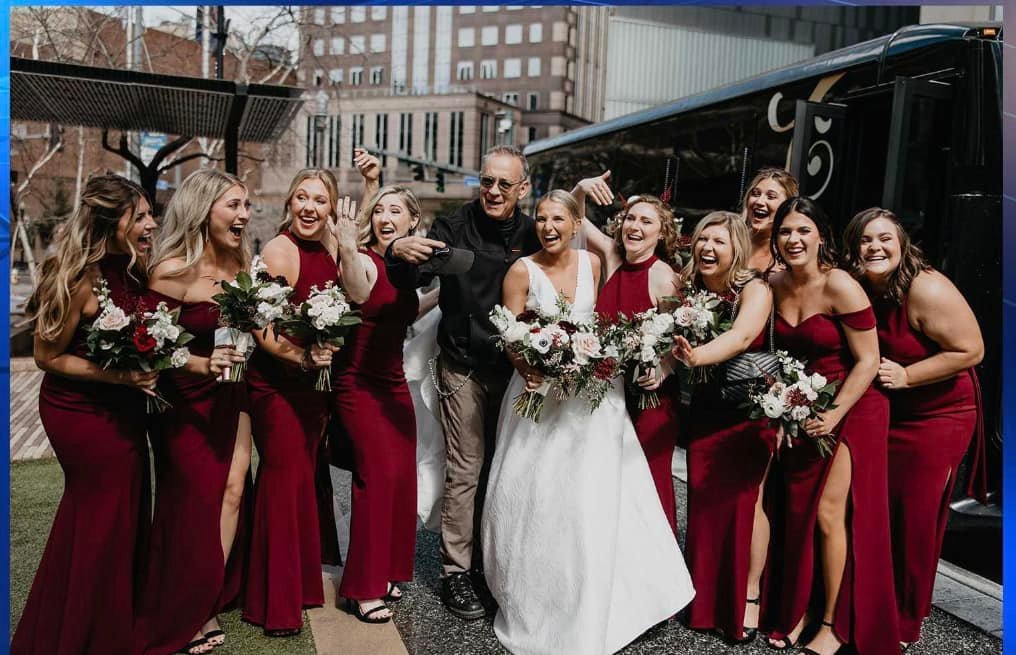 ‘When it initially happened, we were all confused, and it took a second for it to sink in. For a brief while, most of us were silent. Then we all burst out laughing.’

He’s known as “America’s Dad” and isn’t afraid to approach fans on the street, which they love. While many fans are fortunate enough to grab a selfie with Hanks, few can claim the actor was there at their wedding.

Hanks wasn’t the only celebrity they photographed: his wife, actress/producer Rita Wilson, was also there, and the wedding party requested a shot with her as well. 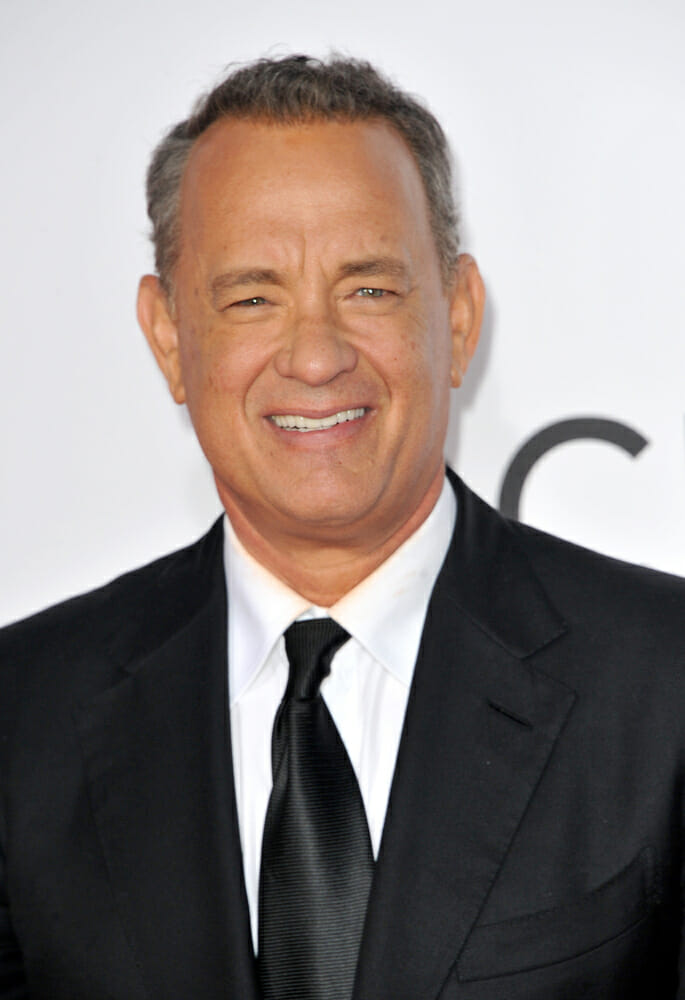 Let’s wish this beautiful bride to be as happy in her married life, as she was during her wedding photoshoot due to this amazing actor.