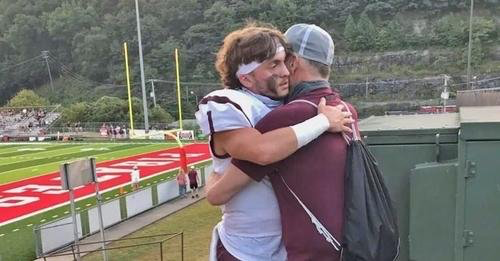 One final time seeing his kid play football was his last desire, and his nurse was there to assist him in fulfilling that dream.
One desire remained in the mind of this father from Kentucky: The purpose of this trip was to see his son’s first football game in his sophomore year.

Consider the following scenario: Scott Sullivan has been diagnosed with leptomeningeal carcinomatosis…. This father was well aware that the clock was ticking, but instead of making a long list of things he wanted to accomplish, all he wanted was to watch his son play football.

In Scott’s case, the cancer has progressed to the membranes that surround his brain and spine. And even with therapy, he only had a few months left to live at the very most, maybe four. Because of this, he wanted to retain one more memory. 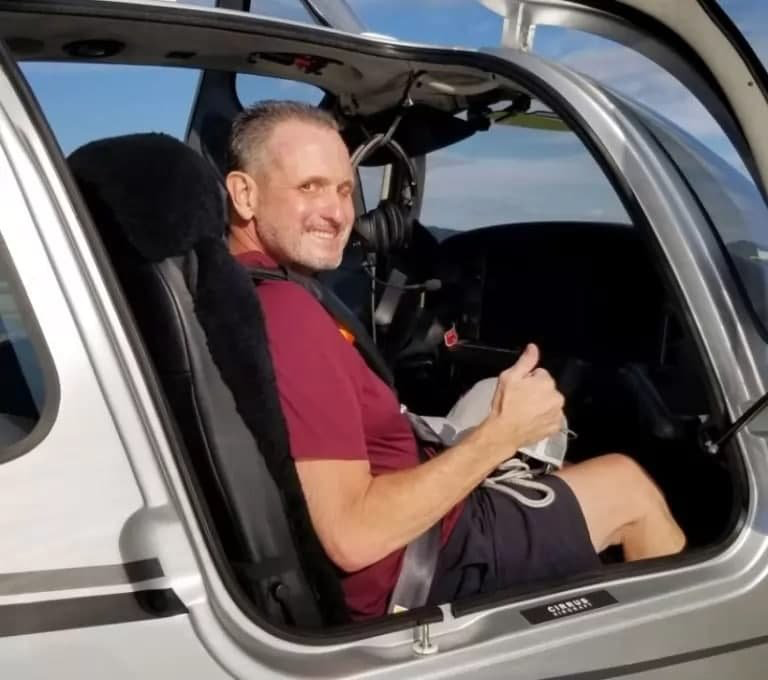 Cade Sullivan was set to start his sophomore football season at Pulaski County High School. It was supposed to be his father’s last show of support for him.

Jerree Humphrey, Scott’s hospice nurse, had become a close friend since they both had teens who enjoyed sports. Also, at rival schools!

Jerree felt bad for Scott, but she knew it was a dangerous situation. Scott was ready to drive himself all the way to Belfry, despite the fact that the game was a three-and-a-half-hour journey away. She understood it was a tough choice as a nurse.

‘I was thinking, ‘You know, you’re talking seven or eight hours in the car,’ and I said, ‘I’m not sure how safe or reasonable that is,’’she told CNN. 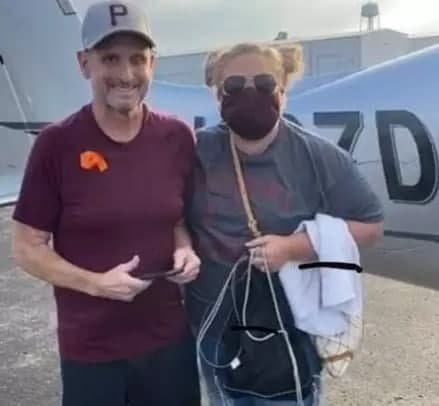 Scott needed to watch Cade play, and Jerree understood this. Jerree, being the brilliant woman that she was, dialed a neighboring airport to ask if any flights were available.

Dr. Denny Brummett, a local dentist and pilot, learned of Scott’s tragedy only a few days later and offered to fly him to the game. Other people’s compassion is admirable.

Scott must have been overjoyed.

Cade’s game required Jerree, Dr. Brummett, Scott, and his companion Kristi Harrison to travel 200 miles. Scott didn’t seem to mind that they were sitting on a grassy hill for safety reasons. ‘The most amazing flight I’ve ever experienced.’ 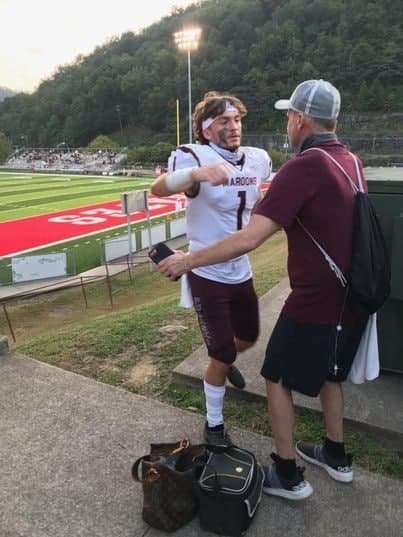 Scott was brave enough to face cancer so that he could see Cade compete and play.
He knew he didn’t have much time left, so he went to watch his son play football, beaming with pleasure at the young man who would now bear his name. Cade’s children will eventually ask about Scott.

On October 4, 2020, Ronald Scott Sullivan passed away. He battled bravely and fought until the last moment. Cade will tell his children about the courageous, unselfish man who flew so far for his kid one day.

Scott, soar high! You will be remembered and cherished!